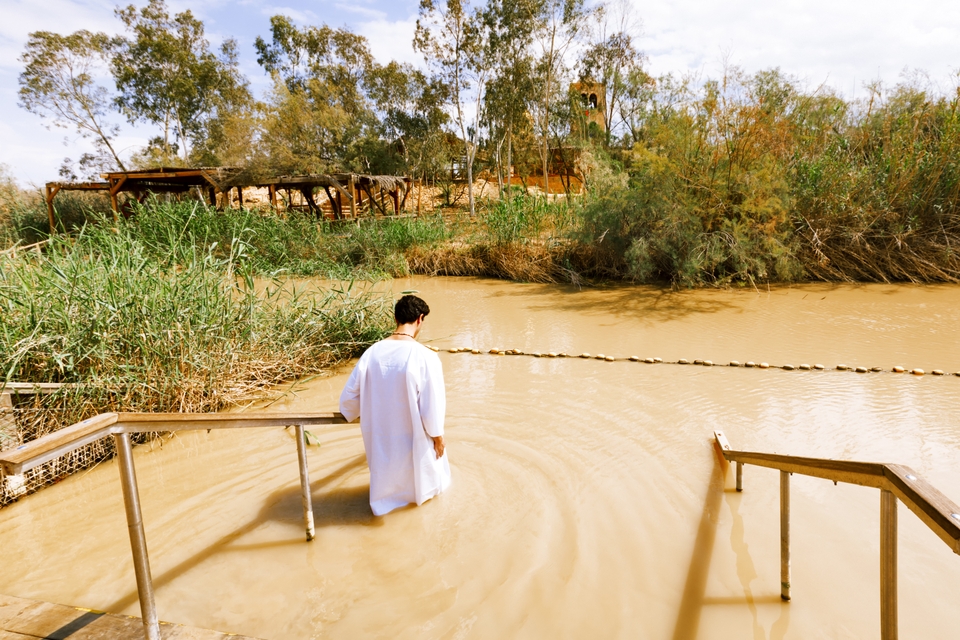 The Jordan River is easily one of the world’s most famous bodies of water: a historic site, a holy site, and unfortunately, in recent decades, the site of an environmental disaster.

The lower portion of the Jordan River has been plagued by environmental issues. Nearly all of its freshwater is diverted by Israel, Syria and Jordan, adversely affecting the area’s ecosystem. As this freshwater is removed and with little rain to replenish it, the water has been inundated by agricultural runoff, saline water, untreated sewage and other pollutants, rendering the Jordan River unusable. The pollution has severely harmed biodiversity, damaged wildlife, and reduced the flow of the river to a trickle, by 95 percent over the past 50 years. It’s so severe, in fact, that some groups have called for halting baptisms until the river is restored.

As a precious water resource for the Middle East and a revered holy site for all three Abrahamic religions, the status of the Jordan River is of vast importance to Israel, Jordan and the Palestinian Authority. It’s one of the few areas that brings these parties to the table during intense political times, further underscoring the urgency of the rapidly-dwindling health of the Jordan River.

Some of these pushes have come from within Israel. One plan, initiated in 2013, planned to build desalination and water purification plants to clean up the southern section of the river, south of Lake Kinneret. However, funding problems and mismanagement have left the project in a half-completed, ineffective state.

Another plan unveiled in 2015, developed and supported by EcoPeace Middle East, has been one of the only initiatives to bring Israel, Jordan and the Palestinians to the table. The Regional NGO Master Plan is a comprehensive roadmap which would halt pollution within a decade of its implementation. Under this plan, the Israeli government, the Jordanian government, and the Palestinian Authority would all work to achieve seven master goals and 127 region-specific goals, all of which are aimed at stopping pollution, ecological rehabilitation, and proper water management development.

Drawing freshwater from the Jordan River is what got the river to this state in the first place.  Sustainable water management, and in particular management on the local level, will certainly be a key component of the river’s rehabilitation. After all, if all this work is going into rehabilitating the Jordan River, they can’t be undone with the same management practices that got the river here to this low point in the first place.

However, renewed sustainable water management efforts don’t mean that more creative ways to produce freshwater should be ruled out. Atmospheric Water Generators (AWGs), solar-powered machines which quite literally create potable water from the humidity in the air, are one such way local communities can decrease their reliance on the Jordan River. Such machines, which can produce tens of thousands of gallons per day, can produce drinking water, cooking water, water to wash dishes and other potable uses. These machines are rolling out through the Middle East, including our own Water from the Air project, which aims to install these machines in communities in need so they can reduce their dependence on the Jordan — and decrease the chances that this holy river could slip further into an unusable state of pollution.