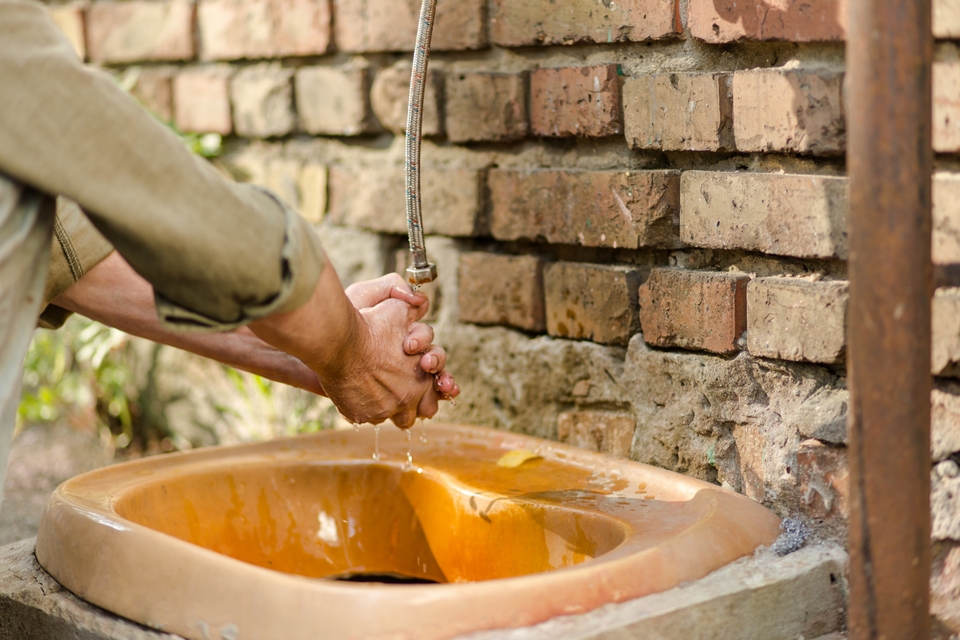 According to the U.N., there are still more than 2 billion people around the globe who don’t have access to safe drinking water. That high number may be surprising to some of us — after all, around 99.5 percent of Americans, rich and poor alike, have plumbing in their homes. However, for billions of people around the globe, such a simple necessity is a luxury.

While lack of water access is a big concern in itself, the consequences of not having that access can be as dire, with continued poverty being the most severe consequence. As society’s understanding of poverty and its perpetuation expands, researchers and activists are making clear connections between the two and outlining exactly how one affects the other.

Here’s a brief overview of some of the ways water and poverty are connected.

Water is essential to the production of goods

It goes without saying that water is essential for growing crops — the vast majority of the world’s freshwater use is for agriculture — and without adequate food, the labor force can’t eat. They also can’t sell or trade surplus if a drought yields a poor harvest.

Producing non-edible goods, both for sale and for individual or community support, needs water as well. This could involve the actual process of producing goods, such as the water-intensive coffee or cotton production process. This also extends to employees, who need access to plumbing and drinking water in order to perform at their best and maintain healthy working conditions.

Water is absolutely essential for cleanliness, from proper sanitation to frequent hand-washing and bathing to washing items to reduce contamination. People can’t work when they are caring for sick family members, or if they keep getting sick themselves due to a lack of sanitation or lack of clean drinking water. And if they can’t work and cannot earn money, the cycle of poverty continues for that family and that community.

Improved water access also gives men and women the ability to work. People spend hours traveling to and from water sources in order to get what they need to drink, cook and clean. A burden which more often falls to women, those hours spent fetching water just to survive could be hours spent pursuing a trade, earning money, contributing to the local economy and helping to lift that individual or family out of poverty.

Those in poverty are less likely to bounce back from an earthquake, tsunami or other natural disaster if they cannot access water. Without water, people cannot clean up from the disaster; they cannot maintain sanitation structure, however inefficient it may have been prior to the event; and communities have to revert their already-stressed water supply toward disaster recovery efforts. In the most impoverished parts of the world, such an event could set back entire communities for months or years.

The same goes for communities impacted by war. Bombs, gunfire and other weapons of war can destroy whatever infrastructure may have been in place. In impoverished areas that do not have robust funds, rebuilding sewer systems, wells or other points of access can prove to be an impossible feat. This setback can lead to the spread of disease caused by contaminated water or lack of sanitation, further perpetuating the poverty that may have already been an issue before war came to the community in question.

For those of us who are not exposed to the devastation caused by a lack of water, it may be surprising to learn how the issue isn’t just about thirst — inefficient water resources are literally a make or break factor for thousands around the world.

At Islands of Peace, we’re dedicated to alleviating some of that burden. Our Water from the Air project installs Atmospheric Water Generators (AWGs) in areas which are experiencing issues accessing clean, potable water. These machines can produce up to thousands of liters of 99.9% pure water per day. The generators are solar-powered, which means they can be installed in the most remote of communities without reliance on electricity. Best of all, their installation and maintenance create employment opportunities for the communities in which they’re installed.

With AWGs supported by Islands of Peace, the hours-long travel to water could be reduced or eliminated altogether, freeing up precious time that people can spend working or pursuing other matters of consequence. Without an elaborate infrastructure, they could quickly be installed after a natural disaster, helping to reduce the burden such events place on impoverished communities. The water from the AWGs is clean and potable, ensuring safe access for the communities which need them.

So before you take that drink out of the tap, take a moment to reflect upon how easy it was for you — and how difficult it is for billions of others.