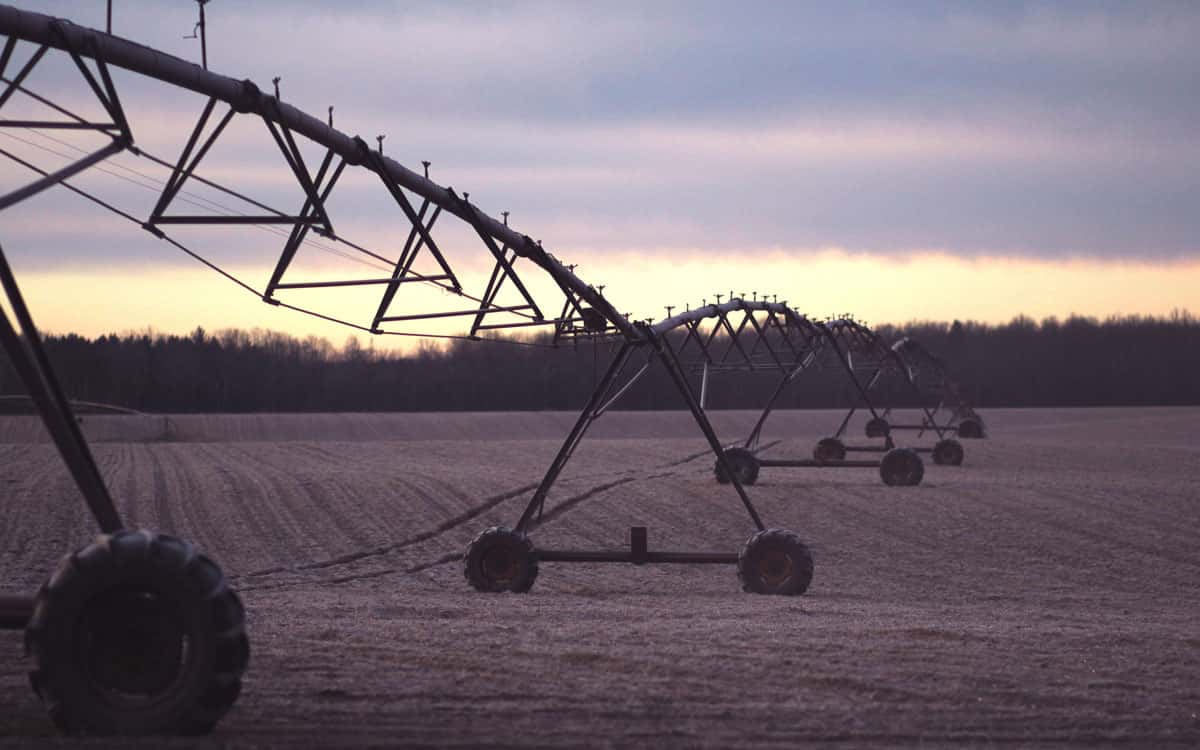 The world’s demand for water is expected to grow another 55 percent by 2050, further stressing the existing supply and stoking fears that it may run out in the coming decades. The world’s growing population requires more water to live, from producing more food to simply needing to drink. And when only 3.5 percent of water on earth is freshwater, the actual amount humanity has to draw from is much, much smaller than many realize.

How can the problem be stopped, or at least its progression slowed? Many are turning to innovative or experimental technologies, or unexpected uses of existing new technologies, to help address the globe’s looming water access crisis. And in the Middle East, on the cusp of becoming the most water-stressed region in the world, these emerging technologies could save jobs, curb the spread of disease and even prevent a hunger epidemic.

Agriculture is already a big business for drones. Professional drone associations predict that up to 80 percent of the drone market will be tied to farm-related applications. Between the growing use of drones in the industry and the sheer amount of freshwater being used to grow crops (about 70 percent of all freshwater usage), deploying drones to help conserve water while farming is a natural next step.

Drones can be used in a massive array of agricultural applications. For example, drones are already being used to identify leaks and locate damage to irrigation systems. They can identify ineffective or broken irrigation lines in a fraction of the time it takes a person to do so, identifying leaks and implementing repairs in hours instead of days.

Farmers and researchers are experimenting with drones in high-tech applications as well. One of the more exciting initiatives involves drones and sensors on the ground which detect which crops need more water and which need less water. Farmers can then adjust accordingly, cutting down on overwatering that wastes thousands upon thousands of gallons.

“Smart” monitoring is an Internet of Things (IoT)-based technology which uses real-time data to detect and report leaks, breaks and other problems in the water distribution system as they occur. Wireless monitors placed in vulnerable areas constantly collect and send information to a central database for officials to monitor. This constant flow of information has the ability to catch a problem as soon as it occurs.

Developing nations, on average, lose 45 million cubic meters of water every day through their distribution networks, putting a strain on already-burdened water systems. Smart monitoring gives officials the “eyes” needed to oversee the entire system in one place, ensuring that wasteful leaks and malfunctions no longer go unnoticed.

Why not simply make more water?

It sounds crazy, but that’s exactly what EcoloBlue is doing — and their ideas are gaining traction. The company’s invention, an atmospheric water generator (AWG), allows for the owner to generate his or her own water. The machine extracts humidity from the air and turns that humidity into clean, potable drinking water. These solar-powered machines can be placed in remote, drought-affected areas without worrying about electricity, too, making them a real, sustainable possibility in regions with poor infrastructure and water shortages. This advanced technology is up, running and ready to use; it’s the core of Islands of Peace’s Water from the Air project, which aims to install AWGs in water-impoverished areas.

While water reuse systems are still an expensive option, their use is becoming more widespread.

Water reuse systems are designed to reduce the amount of water wasted by commercial buildings by drawing water for non-drinking uses such as flushing toilets and watering lawns from alternative sources like rainwater. These methods free up potable water for drinking and cooking, while intelligently repurposing water that would otherwise go completely unused.

The future of water conservation is now!

As the urgency of the looming water crisis grows, more and more new technologies are finding their place in conservation efforts in recycling, reuse and early detection. From addressing inefficiencies in freshwater use to literally pulling water out of thin air, these technologies are poised to save millions or even billions of gallons. The end result could be a world where water access is no longer a dark cloud looming over society.

This site uses Akismet to reduce spam. Learn how your comment data is processed.